What are we leaving for future generations?

Of the species assessed, 79 percent (174 of 220 species) of indigenous terrestrial vertebrate species (bats, terrestrial birds, frogs, and reptiles) were classified as either threatened with or at risk of extinction.

The following were classified as threatened with or at risk of extinction:

Of the 9,323 assessed species, 27 percent (2,519) were classified as data deficient, which means we don’t know enough about them to evaluate their conservation status.

The two groups that have the largest proportion of species classified as data deficient were:

Some species’ conservation status has changed between assessment periods (the years are given in brackets).

Soil and levels of cadmium in New Zealand

Conservatively, the average cadmium concentration in Waikato dairy soils is projected to reach the recommended guideline in under 16 years.

Dr Nick Kim\’s report, mentioned above, looks specifically at the issue of Cadmium in Waikato soils.  The current status of Waikato’s productive soils is succinctly stated in the executive summary:Based on recent sampling, it is estimated that perhaps 11% of Waikato’s pastoral soils and 17% of Waikato’s horticultural soils already exceed 1 mg/kg soil cadmium. For horticultural soils, this would represent approximately 1775 hectares of land. For pastoral soils (sheep, beef and dairy land), this would represent about 157000 hectares. Within the pastoral soils sample set, all soil samples that have so far exceeded the 1 mg/kg agricultural guideline have been from dairy farms.On average, Waikato’s productive pastoral, horticultural and arable surface soils now contain five times more cadmium than they began with, and are two-thirds of the way to the 1 mg/kg threshold.Loading calculations confirm that the dominant source of this cadmium is superphosphate fertiliser, which contains cadmium as an impurity.  Projections for pastoral and horticultural soilsAt current cadmium loading rates, the next significant point at which the 1 mg/kg cadmium guideline will be reached over wide land areas is expected for dairy farms, which cover about 25% of the Waikato region (about 623000 hectares).

A major part of cadmium in the human diet comes from agricultural products.

This information comes from the Nordic Council to the meeting in UNEP Governing Council in February 2003.

Life in the marine environment

The following are either threatened with or at risk of extinction:

Many of New Zealand’s marine species are found nowhere else in the world. This data is from DOC.

Many of New Zealand’s marine species are found nowhere else in the world. Data from DOC shows the percentage of species either threatened with or at risk of extinction:

Also classified as data deficient were 60 species of marine invertebrates (15 % of the identified species), but most of the existing species have not yet been described.

From the Department of Conservation

Some other threats are beyond our control but could have significant effects due to the small population size of Maui’s dolphins. These include:

After a lengthy public consultation on the protection of Maui’s dolphins, in 2013/2014 the government decided to –

This is a step in the right direction but it falls well short of stopping Maui’s dolphins from becoming extinct.

What Forest & Bird wants Within the next 3 years:

In addition to this, we want the Government to help fishers transition to more sustainable fishing methods that can be used within this protected area

Long-term goals We want to see a priority on Maui’s and Hectors dolphin research and population targets developed and progress monitored to help ensure the recovery of the rarest dolphins in the world.

The additional area of protection provided around Pariokariwa.

Collaborating and cooperating to achieve 2050 goals 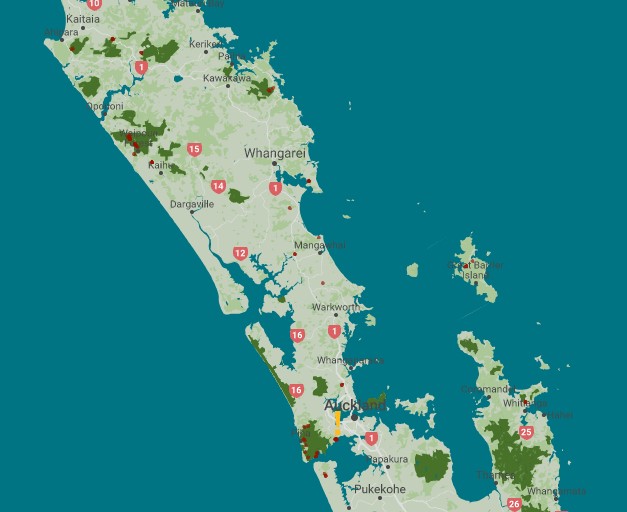 (This graph remains unchanged since it was included in 2014)

Most of the data on this page is from StatsNZ – StatsNZ provides environmental information on the five environment domains:

just so you know we are on the lookout for positive stats!!